Until the lawsuit against our city came with allegations of violating the California Voting Rights Act (CVRA), I was not thinking of entering this year’s council election.

However,  we have been lied to and purposely misled as to this year‘s election by the city council who extended the terms of three council members for an additional two year term!  That was the straw that made me decide to run. I am not afraid to question or challenge the authority of their covert actions.  With your election help, I will restore transparency, integrity and will welcome the public back into our council chambers.

Did you know prior to that deception, the city crafted a gerrymandered district voting Map "Z" in which none of the incumbents would have to compete against each other in an election? , Each council member was given their own “safe” district. However a strong pushback from concerned citizens forced them to table this effort. Here is their illegal gerrymandered draft proposal.

I am not accepting any "special interest"  financial support in my campaign. I am only supported by concerned citizens. Please join me in correcting this abuse of power. I would be truly honored with your vote.

note: Want to dive deeper into the voting rights fiasco?  I will provide additional information you will not get on the cities website or newsletter.

The United States Supreme Court Chief Justice John G. Roberts in his opinion on the Voters Right Act of 2013 wrote: “Our country has changed and while any racial discrimination in voting is too much, Congress must ensure that the legislation it passes to remedy that problem speaks to current conditions.” Senior Associate Justice Clarence Thomas added in his concurring opinion: "Today our Nation has changed...'And minority candidates hold office at unprecedented levels.'"
Why is it that the California government desires to keep race at the forefront of elections? By passing the California Voting Rights Act, the State of California has essentially forced California cities, school districts, and other political subdivisions to draw district boundaries based on race.
What is the CVRA? It's the acronym for the California Voter Rights Act that became law in 2001. It gives enforcement authority to private attorneys who are making a financial fortune. The threshold to prove violations of the CVRA are very low as it strips away key safeguards established in the Federal Voting Rights Act. The only element a plaintiff has to establish is that a city's (citywide) "at-large" voting system creates polarized voting against a protected class - a purely mathematical formula. After receiving a demand letter, and if a city does not transition to district-based voting, the taxpayers are faced with a costly legal battle that plaintiffs have won every time.
Even though Mission Viejo is a community of almost 100,000, it largely retains a small-town atmosphere.
Like many other cities and jurisdictions with at-large voting systems, Mission Viejo was served a demand letter on September 29, 2017 from attorney Kevin J. Shenkman on behalf of his Texas client, Southwest Voter Registration Education Project (SVREP). The letter claimed that "voting within Mission Viejo is racially polarized, resulting in minority vote dilution," which, under the CVRA, is all it takes to force a city to scrap its at-large voting system.
To bolster his Mission Viejo claim, Mr. Shenkman included statistics in his demand letter: "Joe Chavez, largely supported by the Latino minority, ran in 2000 and again in 2002, but was unable to secure a seat on the City Council due to the bloc voting of the non-Latino majority."
Here is the rest of the story about Latinos’ electoral success in Mission Viejo voting, a story that the Mission Viejo Council ignored.
The facts are that there were two Latino candidates who ran in both the 2000 and 2002 elections and in each election, one Latina won and one Latino (Chavez) lost in 2000, which was a two-seat race with six candidates. In 2002, one Latino won re-election and one Latino (Chavez) lost, for a three-seat race with ten candidates.
Latina challenger Gail Reavis, while being vastly outspent by Incumbent Roger Faubel, defeated him in the 2000 election. .
Having won his first race in 1998, Latino John Paul "JP" Ledesma won his re-election in 2002.  He went on to win a third term in the 2006.election.
Joe Chavez did not have a formal campaign in 2000 or 2002. He never filed a Ballot Statement nor did he spend any money in either election.
Often, a candidate would lose their first campaign and then run again two years later - winning their race on their second campaign. Both Gail and JP won their elections as first-time challengers and both later served as Mayors after being selected by their Anglo peers..
The Mission Viejo City Attorney, a contract position serving under the direct control of the city council, has taken the position that the City violated the CVRA. To date he has not gained approval from the Secretary of State or our legislature for approval of "cumulative voting."
Consequently,  Mr. Shenkman filed his complaint on March 22, 2018, described as a "friendly" lawsuit by the city attorney. On July 27, 2018, through a city press release, the public was informed the Shenkman lawsuit was settled and effective with the November 3, 2020 elections, the City would adopt a cumulative voting system. Beginning in 2020, and every four years thereafter, all five councilmembers will run for re-election.
If the Mission Viejo City Council had approved district-based voting, three of those council members could have resided in the same district, competing among themselves. After settlement of the lawsuit in July 2018, the City still does not have a legal election code. WHY?
Without success in his previous CVRA lawsuits, Mr. Shenkman had tried to introduce cumulative voting as an alternative to district-based voting. The California Secretary of State as well as the Orange County Registrar of Voters have taken the position that cumulative voting is not authorized in California's election code. The attorney for Mission Viejo, in working with the Plaintiff's attorney, Kevin Shenkman, has continued to bill the citizens of Mission Viejo on his quest to shoehorn cumulative voting onto unsuspecting voters.
So who are the real winners under the regulations of the CVRA? It is certainly not the class of minority voters that the CVRA claims to protect.
Notice that the out of state client did not refer to their representation  of any Mission Viejo "protected class" resident in their lawsuit..
Now consider our current city council's nefarious self serving vote manipulation actions. Here is how they have flip-flopped voting to save their council seats:
Click here:  20-25Voting Resolution.pdf
here:   2YRSFiveMembers.pdf
& here:   18-52 Voting Resolution.pdf

YOU ARE AN IMPORTANT MEMBER OF OUR CITY. YOUR OPINIONS AND VOICE MATTER.

OUR PLANNED CITY IS UNIQUE 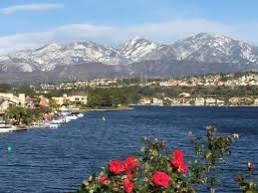 Active and informed citizens are an important safegard to maintain and improve our community!